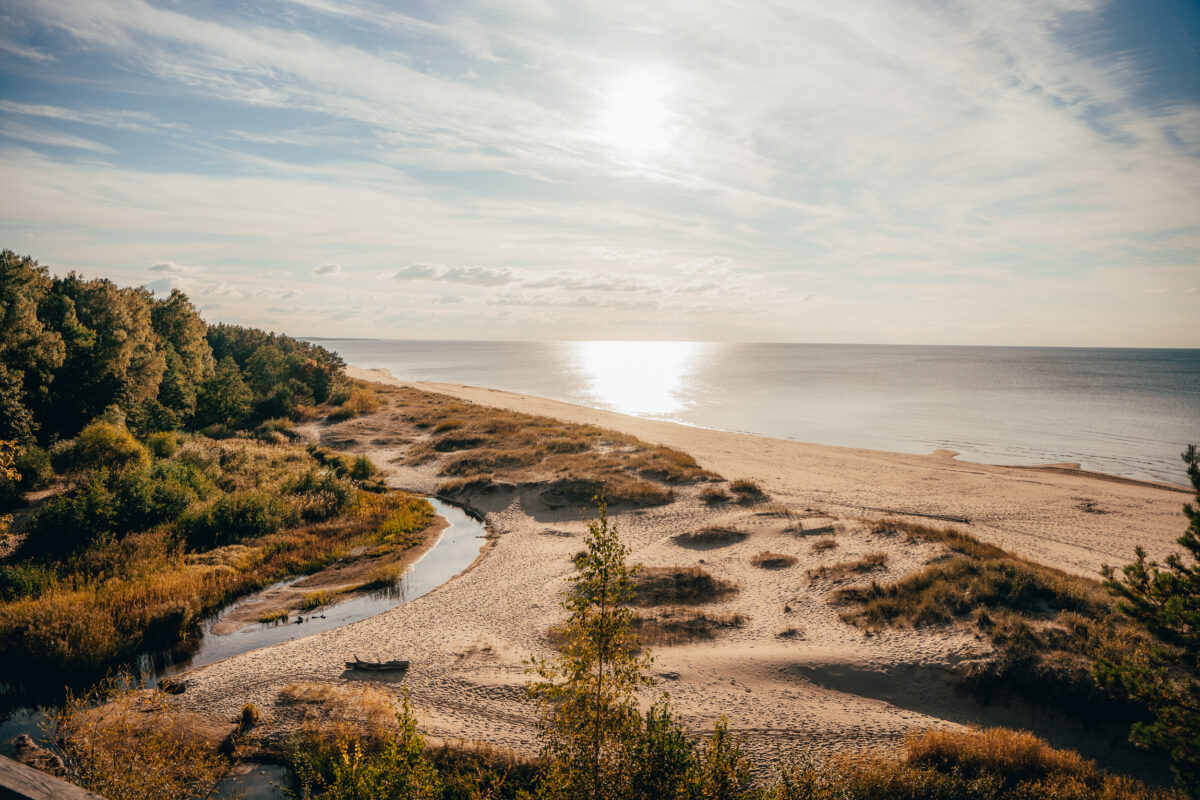 One of the most beautiful dunes of its kind in Latvia with great sight to the coast of Baltic Sea. The 18 metre high dune on the right bank of the River Inčupe where it flows into the Baltic Sea is a great spot to look out over the Gulf of Riga. Geographically, the White Dune is a sandstone layer, formed 405–350 million years ago. The dune also appears in the historical feature films of the Riga Motion Pictures Studio "Kā gulbji balti padebeši iet" (White clouds are passing like swans) (1956) and "Nauris" (1957).